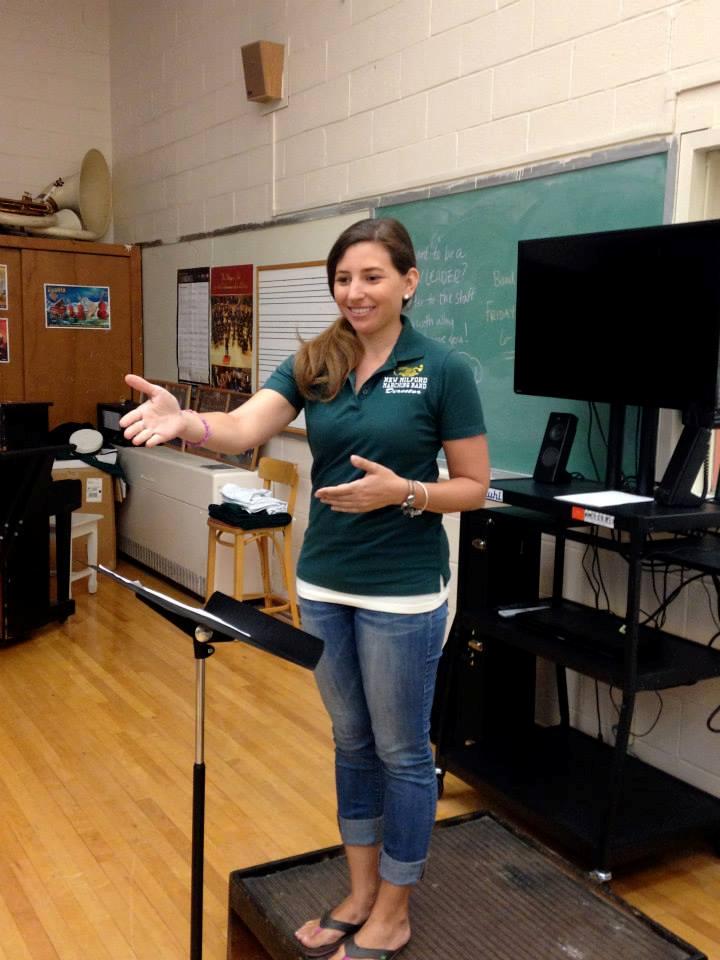 Mrs. Heidi Haderthauer has been the NMHS Band director since 2012. She has been, and remains, the David E. Owens Middle School Band director since 2004. During her tenure in the New Milford School District she has directed Concert Band, Marching Band, Jazz Band, Pep Band, and was the Musical Director at DEOMS for six years. She also teaches Music of the World (6th grade elective), Rock of Ages (NMHS Elective), Music Theory and Technology (NMHS) and has started the DEOMS Piano Lab. Mrs. Haderthauer also organizes and runs the New Milford Summer Music Academy with colleagues Julia Berenshtein and Danielle Kida during the month of July.

Under her direction, the DEOMS Band has won numerous trophies at the High Note Festivals at Dorney Park, Six Flags, and Hershey Park. The NMHS Band has received a Bronze Award at a National Band Festival in Washington, DC and a Superior Rating at the High Note Festival in Allentown, PA. In April 2015, she led the NMHS Band to Disney World where they marched down Main Street and took part in a "You're Instrumental" Workshop. In April 2017 the NMHS Band and Orchestra traveled to Williamsburg, Virginia for a national competition. The ensembles are looking forward to their April 2019 performance trip to Orlando, Florida!

Along with her duties in the New Milford School District, she is also on the Executive Board of the Music Educators of Bergen County (MEBCI) and is the audition coordinator for the Middle School Bergen County Band Festival. When not organizing events, she performs flute in the Ridgewood Concert Band. She is also a member of NJMEA.